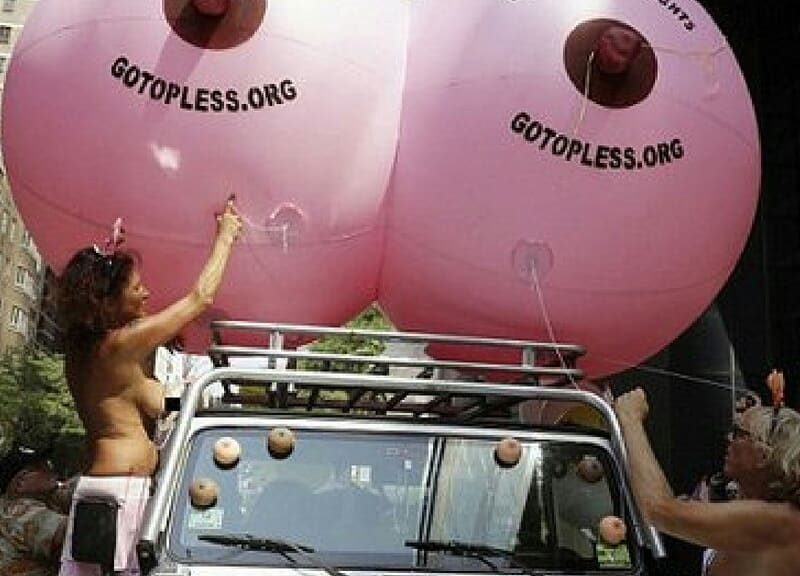 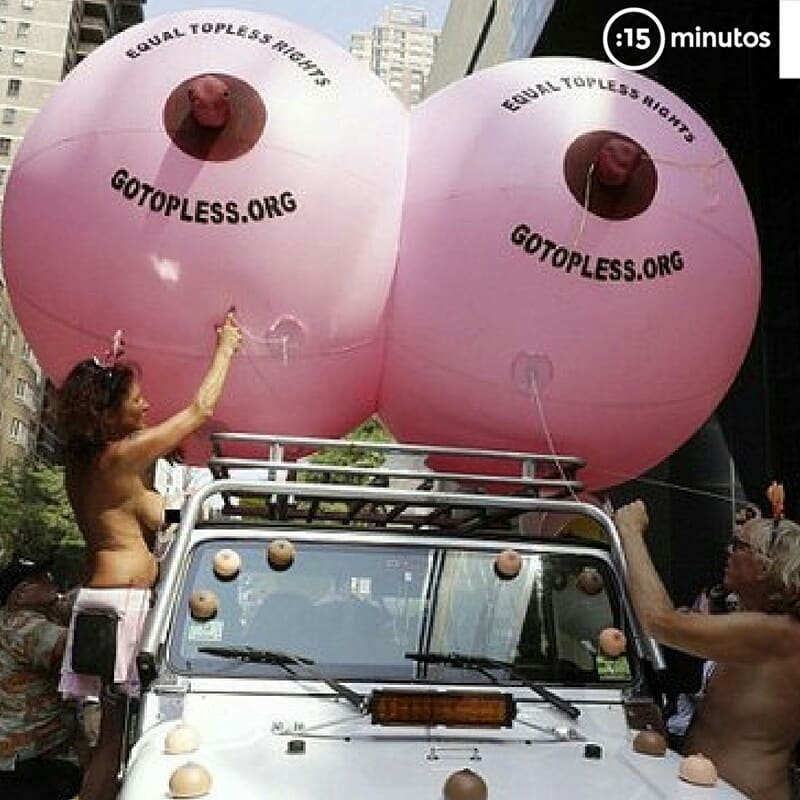 "They are tits, not bombs!" 💣 was one of the slogans that you could hear while Go Topless Day is taking place around the world. 🌏

On Sunday, August 26th (the day when American women became the first voter in 1920), thousands of women meet every year to attend a solemn festival contest. 👯♀ This movement was born in 2007 to protest the corpse of the female body and deal with a society that even forces them to be ashamed of being self.

This and much more, always and every 15 minutes
#GoToplessDay #women #feminist #topless #body