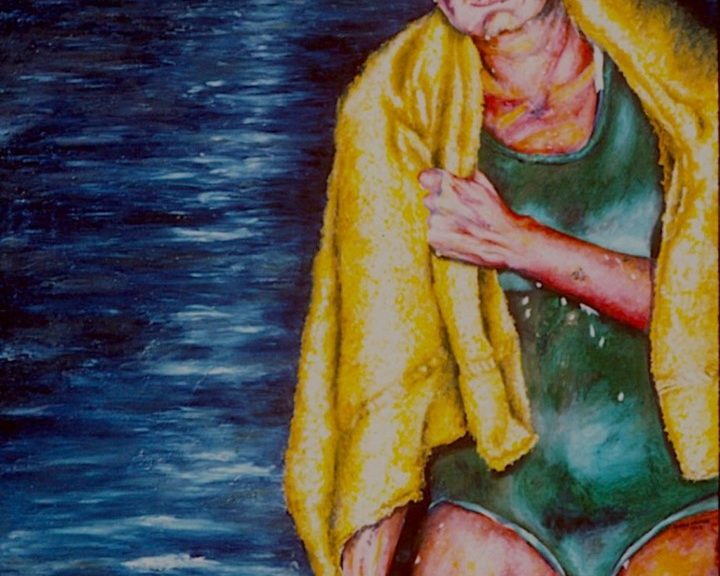 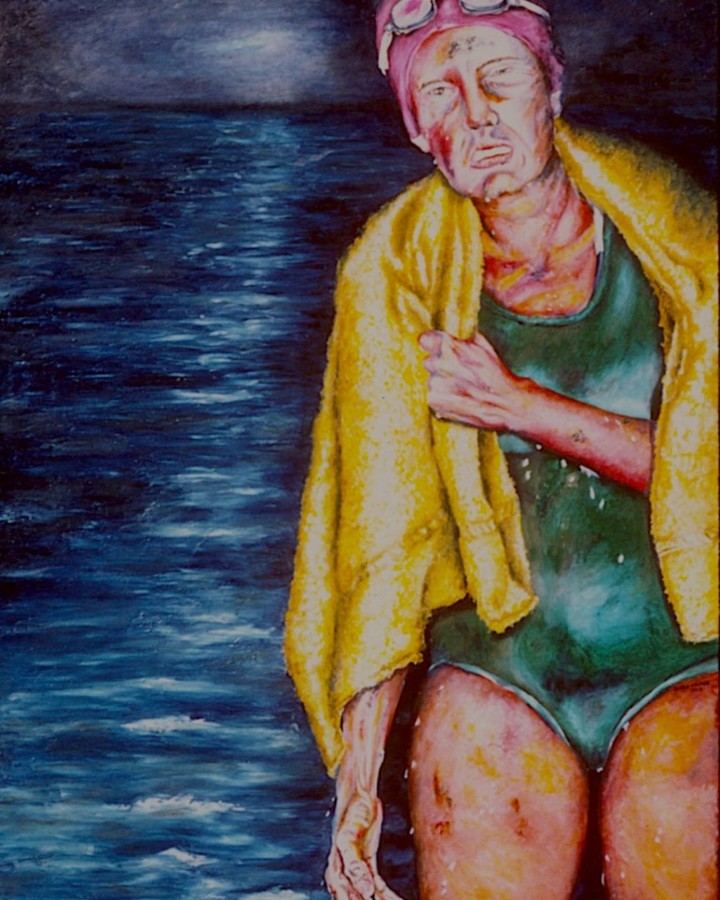 "A Extreme Moment" Oil on Masonite. Early artwork from the "Extremes" show. This piece later declared a marathon swimmer to reach the coast after the epic swim. For a while, I was studying the phenomenon of long-haul female swimmers. Diana Nyad was favorite as Marilyn Bell was. Their self-catering and can withstand the most often fraudulent circumstances is to be very admired. # Marathon Swimmer # Diana Nyad # Marilyn Bell # Long-line Phone # Strong Women # Women's Athletes # Dark Syndrome # Simmandi